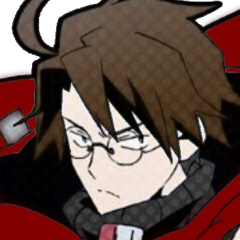 Raidou's Unwritten Rules of Roleplaying with another (Feedback?)