Hey Aincradians. NIGHT as PST GM here. Need an address today on two fronts. 1. 3.0 Conversion Compensation This is a change that affects a minority of our players. Also, to clarify, while this compensation was discussed and approved internally with staff, this is a move I am choosing to make as PST GM. At the start of 3.0, the Paragon Rewards table used to look as such: Lv. 25 | Gleaming Scale (3), Equipment Change Ticket (1), Free SP Reset (1) Lv. 50 | Custom Sword Art/Ski

Hey fellow players! From now until the 30th of November, the site will be under effects of the Halloween Event that may be found [here]! Here's a quick rundown of what bonuses you players stand to gain from: Golden Gingko Scatter All threads closed within the event period will gain the following benefits: +15% EXP +30% col +50% materials Furthermore, for each loot-minimum monster slain that has a loot roll of natural CD9+, rewards gained from that loot ro

Heyo! This patch isn't quite as big as the rest, but we've got interesting things lined up regardless- Custom Skills mostly! With this update, Custom Skills are being put back into play but with some rules to them to keep the process much more clear cut and easy to follow. So let's get down into the nitty gritty of things! Custom Skills So, first things first. The big stuff, every single CS that existed prior to 3.1.1 needs to be resubmitted for approval in order to be usable again. Th

Yo yo yo! It's time for the next patch, and a small break from updates with it. I'll go more in depth once I'm done listing all the changes below, but please do check the bottom of the blog if you don't care about the numbers too much. To get back on track though, this update brings the new combat system playtested two weeks prior, alongside QoL changes in the form of adjusting Dungeons' difficulty, fixing EXP acquisition rates and lowering the amounts of EXP needed to level up, revamping the Pa

Heyo everyone. Seeing as the playtest event is over, it's time to gather feedback. As you can see above, there's a poll on whichever system you prefer and would like to say. Please note that whichever system is decided to be overall the more desired of the two will stick around, in place of the other. That means if the playtest is found to be better overall, we'll be intergrating it into the site officially. We want to hear your opinions on the event, the combat and any crtisisms/improvements yo

Hiya. Just hitting you all with patch 3.0.2, the main highlight of which is a new SA system that's being tested. You can find it in this thread, as an event. In order to sign up for it, you just need to run your threads with the new combat found on it, and make sure to have marked your thread with [PT] at the very start. Any threads done during the playtest will provide quest progress and the standard thread reward, so please make the most of it and give us your feedback when the event is over i

The topic of providing staff mechanical rewards (of any kind) for their efforts has generally been a taboo topic because of multiple reasons including skepticism from dubious intentions and a longstanding belief that staff work should be enough of a reward on its own.  However, a larger goal of staff and its individuals for the past couple of years has been to re-establish trust in staff in hopes of fostering a healthier environment. We’d like to bring it the topic to the table once more and cle

Hey! Staff is currently looking to update 3.0 systems. From previous discussions, this has meant ideas like working on Sword Arts to remove cooldowns. Today, we'd like to gauge interest on another aspect of the game that 3.0 has brought about: Unique Skills (US) and Custom Skills (CS). The way to obtain a Unique Skill is simple: at the time of writing, Level 31 characters may submit a thread every week to roll for a US. There are 10 US available to players at the moment, meaning that once t

Systems & Development Comments: ah jeeves here we go Crafting/Shop ﻿Changes: Item Fusion for consumables is now available. This includes the fusion of Demonic consumables. The cost of materials sold in General Merchant has now been increased from 300col to 700col. System & Development Comments: There was a concern over the value of player-obtained materials since the price of materials in the General Merchant was considered cheap. The price has been raised, alt

You wake in your own bed. While it may be a bit hazy at first, the events of the previous evening come rushing back - either you were among those on the Frontlines, or you bore witness to the horror of a vast darkness, an unrelenting storm. In both cases, the last thing you remember is being swallowed up by shadows.   Effect on Lore The World Aincrad has reverted back to optimal settings. Any damage caused by the storm's influence (in Storm of Shadows) has been 3.0 Conversion Clarifications (and other additional information)

Good evening, SAO-RPG. As I'm sure most of you are aware, these appear to be uncertain times. As the onset of 3.0 grows nearer and nearer, there seems to be an ever growing arrangement of what-ifs and confusion regarding the impending conversion and transition into a completely different means of conducting operation on this website. Believe me, I understand everyone's concerns. This entry will serve as a consolidated assortment of 3.0 information, clarifications, and answers to various question 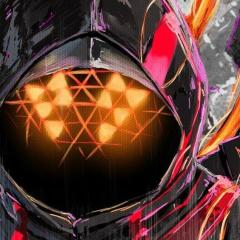 Updated 3.0 Info-dump and the Home Stretch

As many of you may know, the meme of a 3.0 release has existed since the first iteration of the patch was delayed. This eventually became a tradition within our community, especially as its contents were sealed away from the community the entire time. That was changed a while back, as this newest iteration of staff released an information dump regarding 3.0 and the mechanics that had been kept from the community. I'm glad to say that the unrefined work that you saw in the previous info-dump has

Just a quick update rolling off the line right now. First and foremost, we're going to be standardizing crafting cooldown. In lieu of waiting a full 24 hours between crafts, the cooldown on a crafting day will reset at 12:00am local time for all users. The Player Support Team already recognizes this; I'm merely making this the new standard. Finally, for the meat of the update. Tierless item classifications. If you craft an item that does not scale with material tier, you will generate a "Ti

Hello fellow Aincrad dudes! It's your boy Oscar here with an update. I'm sure you guys are wondering why we haven't done away with the Quarantine Bonus. It's been going for months now. Well, here's some good news about that: The Current SP Bonus Event will remain active until the launch of 3.0~~~ Since the Labyrinth Guardian has been slain, we have decided to make this bonus period permanent until 3.0 is here. The update itself is progressing smoothly so rest assured that when the Raid

Custom Skills and Sword Arts in 3.0

Custom Skills and Sword Arts in 3.0 Hello there, fellow vestigial remnants of our casually decaying reality.  There are some big changes coming in 3.0 when it comes to your Skills and how you can sort them. There will no longer be Skill slots, meaning you can collect as many standard Skills as you want. We will, however, be implementing a cap on Extra Skills, as well as reclassifying certain Skills into the Extra Skills category. As the system is set up currently, it's all too common t

Last Day to Hunt for Eggs!

Hope you've finished up your hunting, because today is the last day to collect eggs! Please read below to find important information regarding the end of the Easter Egg Extravaganza: 1) You will have until 11:59 pm EDT (GMT-4) on Wednesday, April 22nd, 2020, to roll for eggs. All posts with an egg roll must be filled in by this time, or the roll is rendered invalid. 2) After this point you may continue to post in event threads, bringing them to a natural close. You may continue to excha

After a long day, all you really want is a big dinner and a soft bed. The mobs have been slain, the mats have been found, and the crafts have been crafted. You’ve completed quests, messaged with friends, and hardly spent any time at all considering the harsh realities of the virtual world you’ve been trapped in. All in all, a good day, and one that you- Wait a minute. Nestled in a tuft of green grass is a vibrant pink ball. As you crouch to examine the object, you realize it isn’t exactly sp

Hello fellow potential viral vectors! Staff is proud to unveil another Bonus SP Event! From now until ThE CoViD gets under control, enjoy an extra +1 SP to all threads. You may apply this bonus to threads locked today prior to this announcement. So stay home and enjoy some SP while you're bored on lockdown. And stay safe everyone~

Hello SAO-RPGians! We recently had a discussion in the staff chat, and thought it would be appropriate to bring it to the community. The conversation ran along the lines of how much work goes into the events that take place around site. Keeping track of everyone's stats, keeping the events in context and engaging, and making sure that things stay on a reasonable timetable can really take a lot out of a person. Because of this, the idea was brought forth that perhaps it would be appropriate 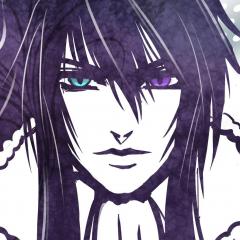 3.0 and all its information!