[PP-26] The Cold Hand of Expectation 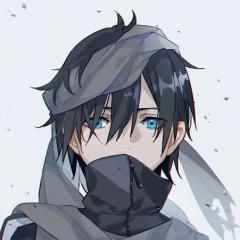 By Freyd,
November 15, 2021 in Intermediate Floors