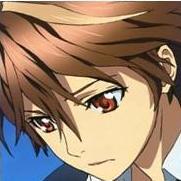 What is your/your character's alignment?