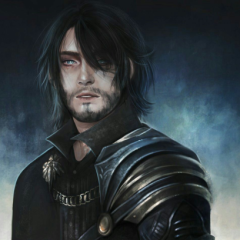 By Gabrandr,
November 5, 2021 in The Frontlines

The room was small and dimly lit as only a handful of torches lined the walls in the area that rested in front of the Boss room's door. A pungent odor filled the air, the same that had filled the long

General Notes: Please ensure that the following are included in your stats: - Shifts (or note as ‘none’ if you don’t have one) - Combat masteries  - Source IDs for all consumables* (ID roll